Lost your password? Please enter your email address. You will receive a link and will create a new password via email.

What is a server? What is it? What are the types?

Home/ HardWare / What is a server? What is it? What are the types?

What is a server? What is it? What are the types?

We understand the importance of servers as a result of collective queries on websites at certain times. When the family tree inquiry service was active as a state service, a lot of people had to wait for days. In this way, everyone starts to recognize the function of the servers while questioning the reason for this.

What is a server?

Server is the name given to computers and computers that serve users. Or, to send data to computers, hardware and software installed systems are called servers.

From the perspective of the user; A residence inquiry from the e-government, a video you want to watch on video sites, an academic information you want to learn from the internet or the price of a shoe you want to buy. is the system server that meets your request for responding to your query.

Server capacities can be different. Terabytes can be different or even a simple laptop in your home can be turned into a server if the software infrastructure is provided. Some servers are available 24/7, while others may be active at certain times. Some servers are not open to the world. This type of server runs locally. It can be established in locations such as schools, hospitals and public institutions.

For the service that the servers will provide, issues such as monetary cost, quality, processor capability and ram capacity are important.

How the server works ?

Let’s illustrate how the server works through a process that everyone performs. When an internet user opens the web browser on the phone and writes the recipe he wants to learn, it is a request that automatically analyzes all the servers and the system will show you which websites contain the recipe. A request is then sent to the server hosting the recipe database from the moment you click on any site. The server will also send you the recipe in response. And you will have reached and read the recipe.

As mentioned before, these requests; You can question any movie, store, football team, song, instrument.

What are Server Types?

Servers are designed according to the type of service they will provide.

Some servers broadcast only for file sharing. Some may be email or game servers.

The data of all web sites that publish on the Internet are hosted in the database. Monitoring, discussion, reading, etc. created by users of any website. Interactions are managed through web servers.

It is the name given to servers that can send mail to another user, store and send the previously sent or received mail, and store the sender and recipient information. The protocol it uses is called SMTP.

If you have a file and you need to share it with someone else, the file server is exactly what you need. Large or small files are hosted and managed on these servers and sent to the requesting users when necessary. They are used in local networks.

It is the server that provides software to users. For example; It is used for the interaction of users with software developed for hospital appointments, managing the transactions to be performed, and delivering the desired information accurately to the user. According to platforms web, mobile, etc. Different application servers have been developed for. 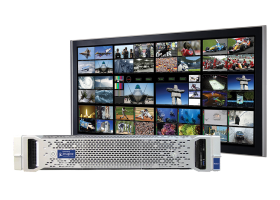 It allows a movie to be presented to users along with the image and sound. With these servers, we don’t have to download videos manually to your device. For example, when we connect to a movie site, this server serves us continuously while watching the movie. 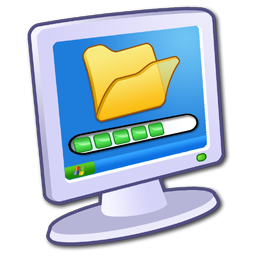 A system that allows the user to move the file on his or her computer to a different server or computer. It is important for file security and manageability.

Servers that allow multiple users in different departments in a company to work on a spreadsheet simultaneously. In summary, a software allows multiple people to work together using it at the same time.

It is the name given to the servers that provide news broadcasting to the users following the news in the world. Thus, people can always follow a number of news networks.

A user cannot access sites that are blocked from accessing his or her ip, etc. If you want to reach a site by hiding the proxy servers will work here. The person writes the address he wants to reach through a site that provides proxy service and can call the data from the server of the website he wants to visit through the proxy server.

Servers that allow dozens and hundreds of people to talk at the same time. File, message, etc. communications are performed instantly.

Any cookies that may not be particularly necessary for the website to function and is used specifically to collect user personal data via analytics, ads, other embedded contents are termed as non-necessary cookies. It is mandatory to procure user consent prior to running these cookies on your website.