Lost your password? Please enter your email address. You will receive a link and will create a new password via email.

What is Arduino? What are their properties and where are they used?

Home/ What ? / What is Arduino? What are their properties and where are they used?

What is Arduino? What are their properties and where are they used?

Arduino; In short, it is an open source electronic card that you can write, compile and enrich with different hardware. The microcontroller has USB input and input / output connectors.

The open source of a hardware allows you to develop it for additional operations with additional hardware parts and to produce the desired product. It has its own IDE. With this IDE, you can encode the processes you want to be performed on your computer and transfer it to your Arduino card via USB connection. You can download IDE for free by clicking here. If you already have coding skills, you will get used to it very quickly. If you’re going to learn, you’ll become familiar with a few applications and then start writing code yourself. So it has a simple programming structure.

Microprocessor on Arduino development board (AtmegaXX)
Programming with Arduino programming language (wiring based)
It is installed on the board with the help of Processing-based Arduino Software Development Environment (IDE).

What can be done with Arduino?

Design systems that can easily interact with the environment,

You can easily program microcontrollers with Arduino libraries,

You can use data from sensors, (Humidity, temperature, light sensors, etc.)

You can produce outputs (sound, light, movement, etc.) to the outside world.

etc. You can realize any project according to your imagination.

These hardware features show different features compared to the board.

Hardware specifications for Arduino UNO are as follows;

First, connect the Arduino to your computer with your USB cable.

In the IDE you will see two blocks: void setup () and void loop ().

In the void setup () block, commands are written for the first operation when the arduino is first started or when the system is reset. At this stage, we can send energy to our pins or receive data back from our pins. We wouldn’t have made a mistake if we looked like a door here.

In the void loop () block, after arduino is opened, we will write our commands that will run continuously or be updated. The actual operations are performed here.

The connections between Arduino and Board should be designed as follows.

A cable must be connected to the board – side of the Arduino GND output … The only leg of the LED will be fed here.
The second cable must be connected from the 5th pin of the Arduino and coincide with the other leg of the led. (It is necessary to prevent the LED from being lit because it absorbs the excess electricity that will go through an ohm once in a while. But not using ohms does not mean that the LED will be lit.)

Thanks to the code below, we will turn on the LED connected to pin 5; 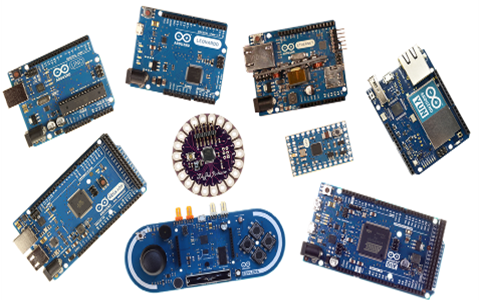 arduino , boards , code , design board , hardware , how are , ide , led lighting , project , properties , software , What is , where are they used , why use
Share